A few years ago, the I Ching has given me guidance about what I should do. While meditating on the answers, I've had the idea to make an app:

Something is coming which enables the identification of a problem.

3 - One sees the rupture so they leave.

One prepares to meet requests. After a study, decisions will be applied and checked. Unreasonable requests will be ignored.

The classical comments say this about 51.3:

Shock comes and makes one distraught.

If shock spurs to action

One remains free of misfortune.

After thinking about this comment for a while, I've had the idea to make a smartphone app that would send a message to your relatives, with your geolocation, in case of troubles.

I was thinking of collapses, crushes and the like, so I have realized an app named Bustle Info, that would detect when the phone whas violently shaken and send a message with the user's location when it would happen.

Unfortunately this app was not working correctly: it was triggered by running or dancing. So I have decided to abandon it.

It is only after Paris attacks that I had the idea to adapt it. Instead of detecting a shake, the users would be in charge to report their problems: hostake taking, accident, disaster, injury. I have added a silent mode, a few advices that I found on internet and have named it Stop Danger. 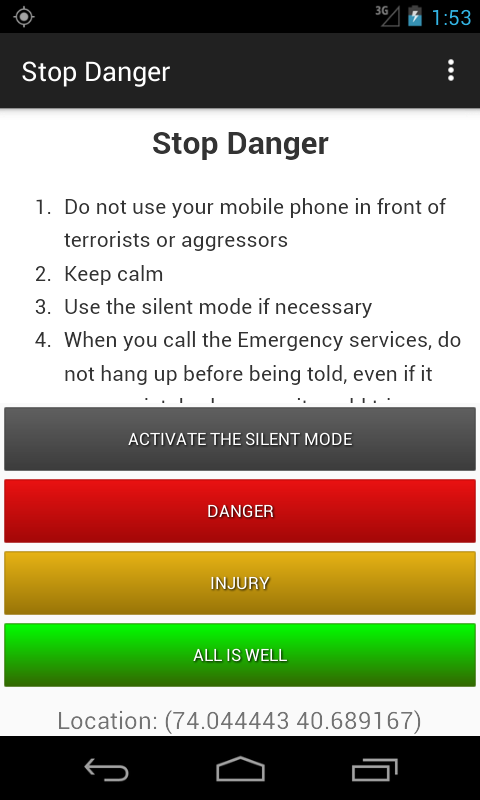